ASI took part in the 3rd International Conference on Recent Advances in Nonlinear Design, Resilience and Rehabilitation of Structures, CoRASS2019, held in Coimbra, Portugal, from the 16th to the 18th of October, 2019. ASI’s work focuses on the application of nonlinear dynamic analysis in the collapse assessment of existing bridges with particular relevance on the collapse analysis of the Morandi Bridge. The research evaluates the capability of innovative computational techniques such as the Applied Element Method (AEM) in the assessment of the risk of disproportionate collapse of bridges, as well as the potential benefits provided by selective retrofitting analyses, both in terms of use of economic resources and increment of global resilience of the infrastructure. 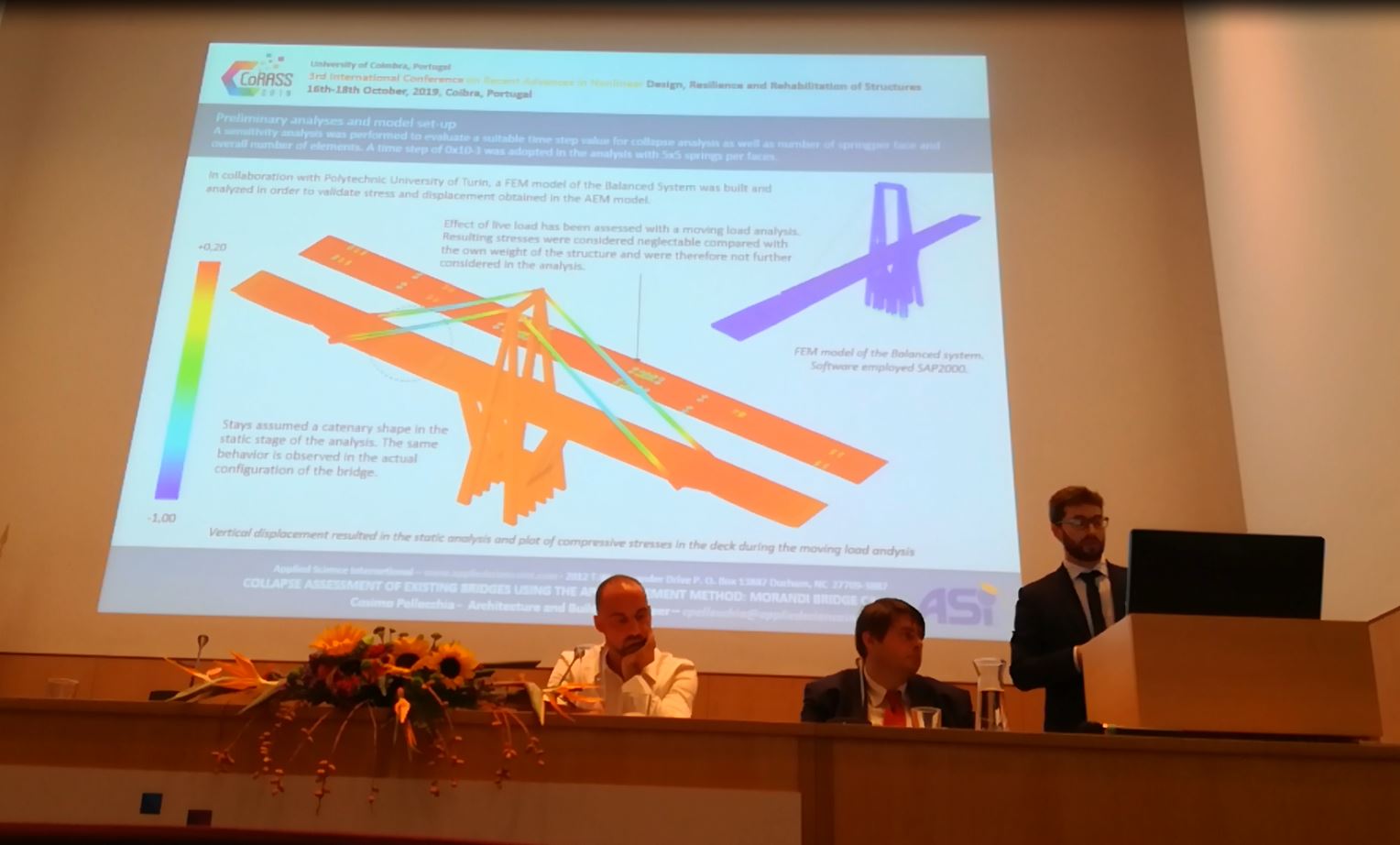 The analysis has shown how, an even high degraded system, was able to avoid the collapse after the detection and the retrofitting of a key structural element, thus achieving the highest ratio between the increment of global robustness of the bridge and the use of economic resources. In the end, the potential of AEM nonlinear analysis in the forensic investigation of collapse were also discussed, focusing on damage evaluation of different degraded states as well as on the comparison of analysis results with actual evidence of the collapse.