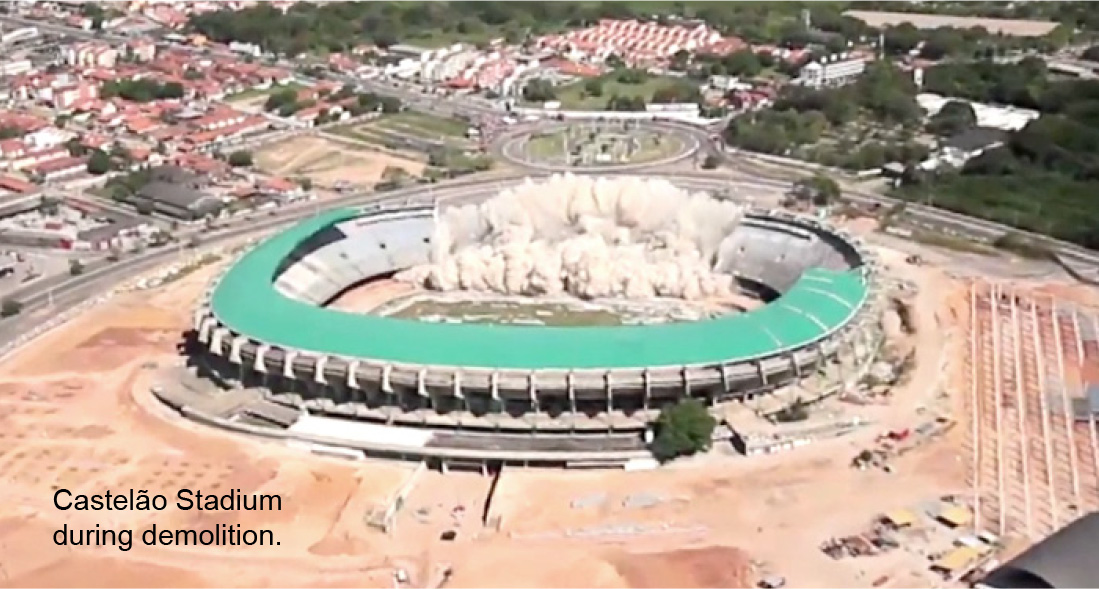 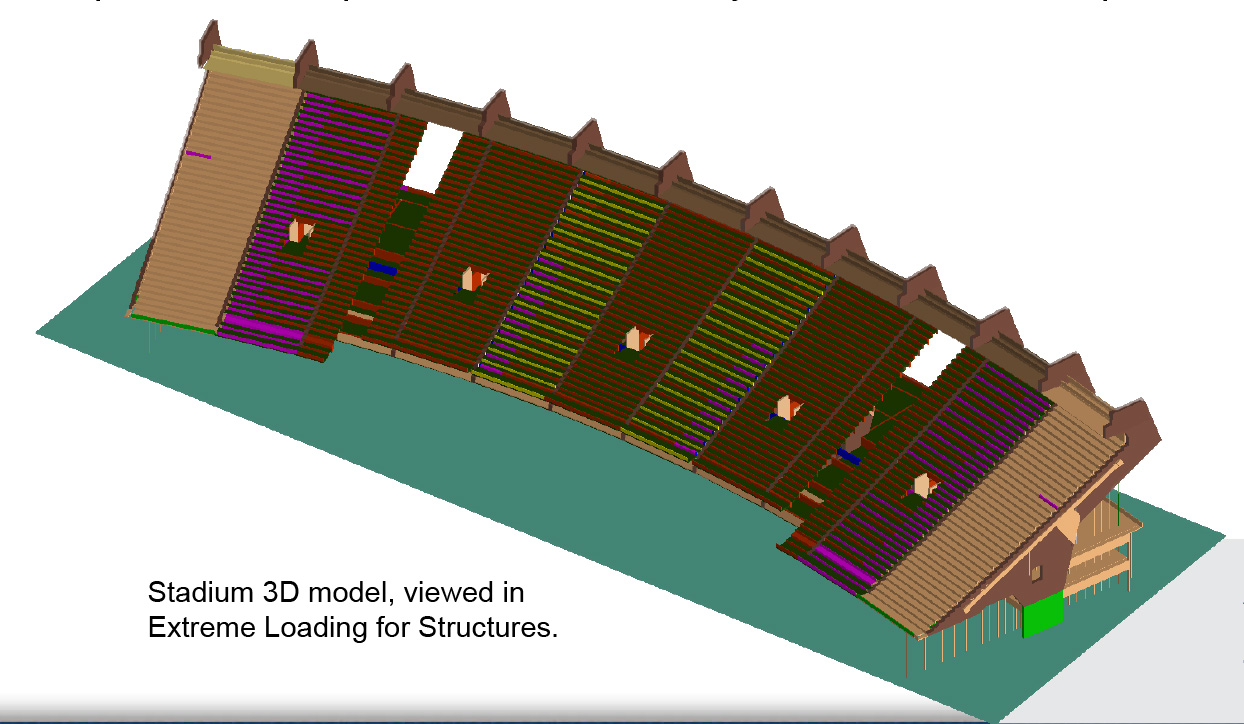 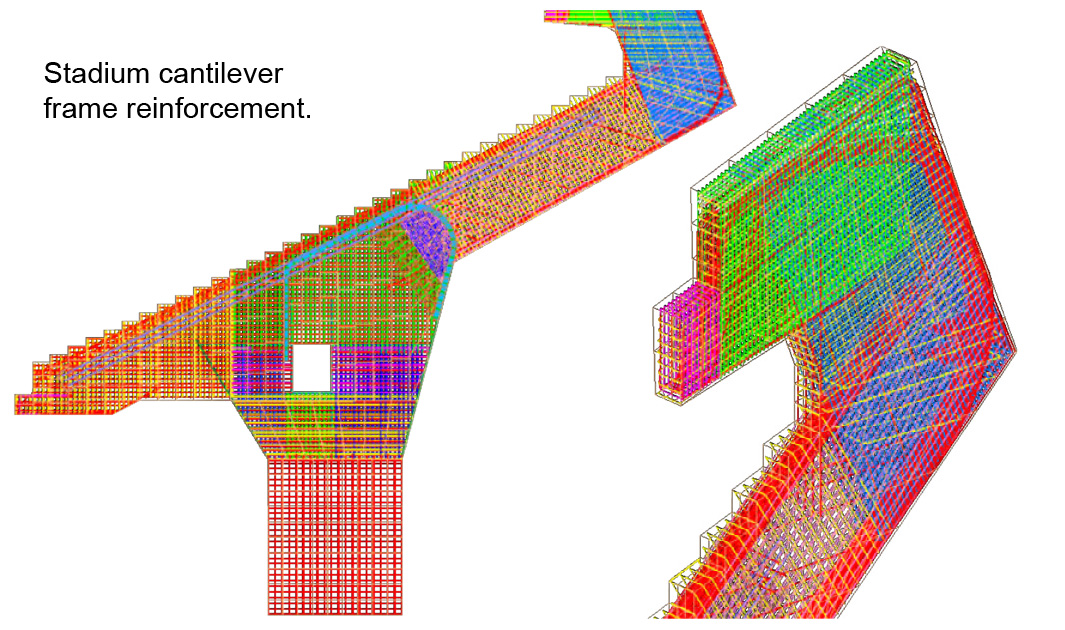 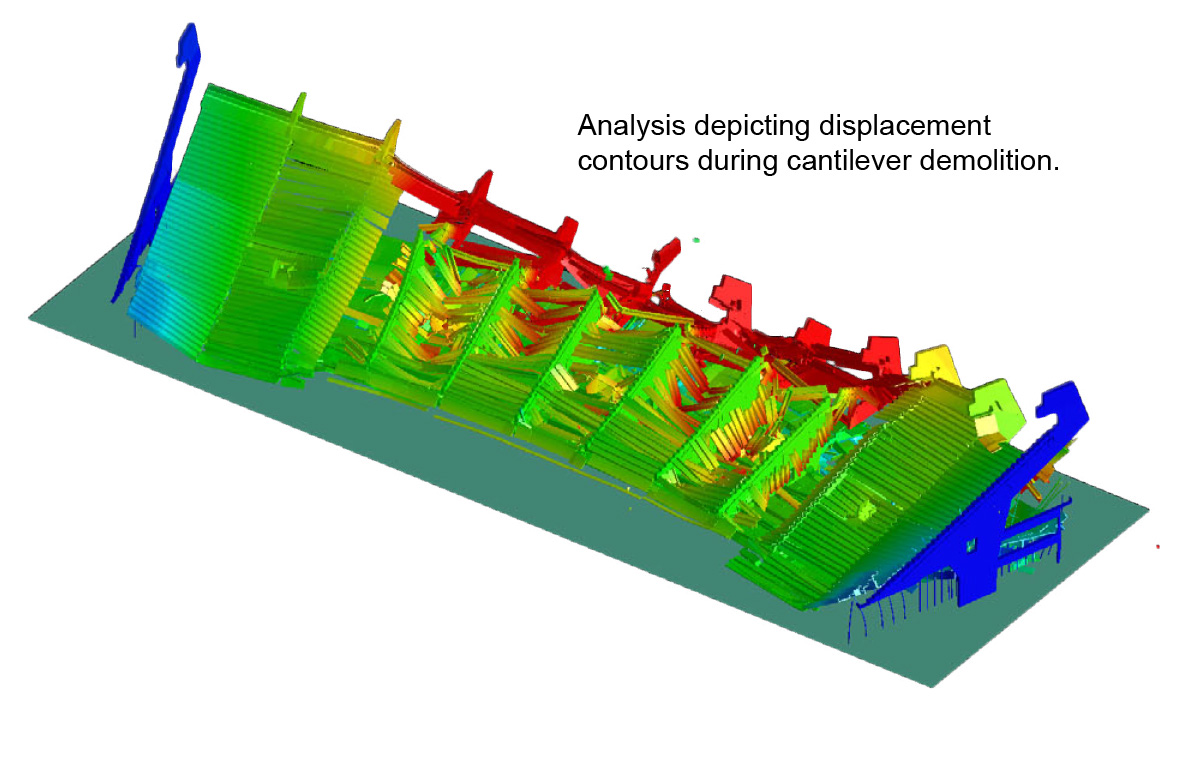 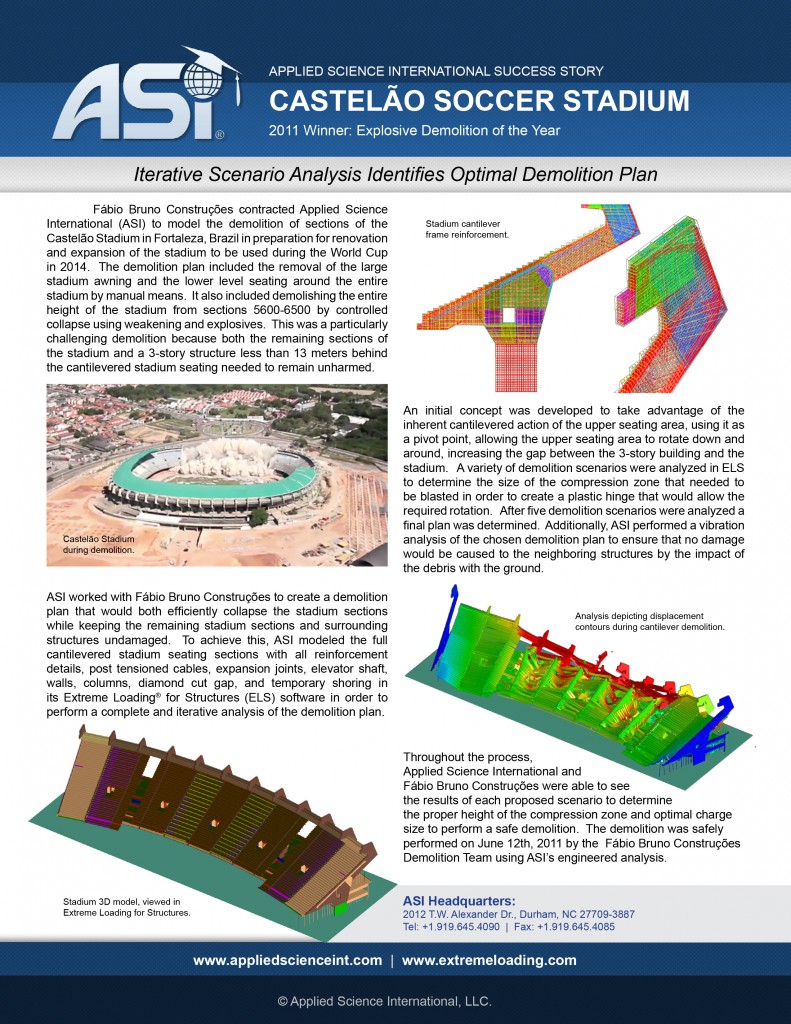 Weakening and implosion of a portion of the cantilevered reinforced concrete and post-tensioned stadium seating while leaving the remaining stadium and nearby structures intact. Project included analysis of seismic ground vibration to protect surrounding structures.

Winner: Explosive Demolition of the year, 2011

Fábio Bruno Construções was contracted to demolish sections of the Castelão Stadium in Fortaleza, Brazil in preparation for renovation and expansion of the stadium prior to the World Cup in 2014.  The demolition plans included the removal of the sun screen and the lower level seating around the entire stadium by manual demolition.  Fábio Bruno Construções was also responsible for demolishing the entire height of the stadium from sections 5600-6500 by controlled collapse with weakening and explosives.  The remaining structure will be renovated to expand the stadiums capacity and update its facilities for the upcoming World Cup Tournament.   This was a particularly challenging demolition because both the remaining sections of the stadium and a 3-story s structure less than 13m behind the cantilevered stadium seating needed to remain unharmed.

To avoid damaging the surrounding structures an initial concept was developed to utilize the cantilevered action of the upper seating area as a pivot point allowing the upper seating area to rotate down around it increasing the gap between the 3 story building and the stadium.   A variety of demolition scenarios were analyzed in ELS to determine the size of the compression zone that needed to be blasted for it to create a plastic hinge allowing for this rotation.   After five demolition scenarios were analyzed a final plan was determined and ASI performed a seismic analysis of the demolition plan to ensure that no additional damage would be caused by temporary ground acceleration from the impacting debris.

Throughout the process Applied Science International and Fábio Bruno Construções were able to see the results of each proposed scenario to determine the proper height of the compression zone and sizes of charges for a safe demolition.   The demolition was safely performed on June 12th, 2011 through proper planning and execution by Fábio Bruno Construções Demolition Team and ASI’s Engineering Team.