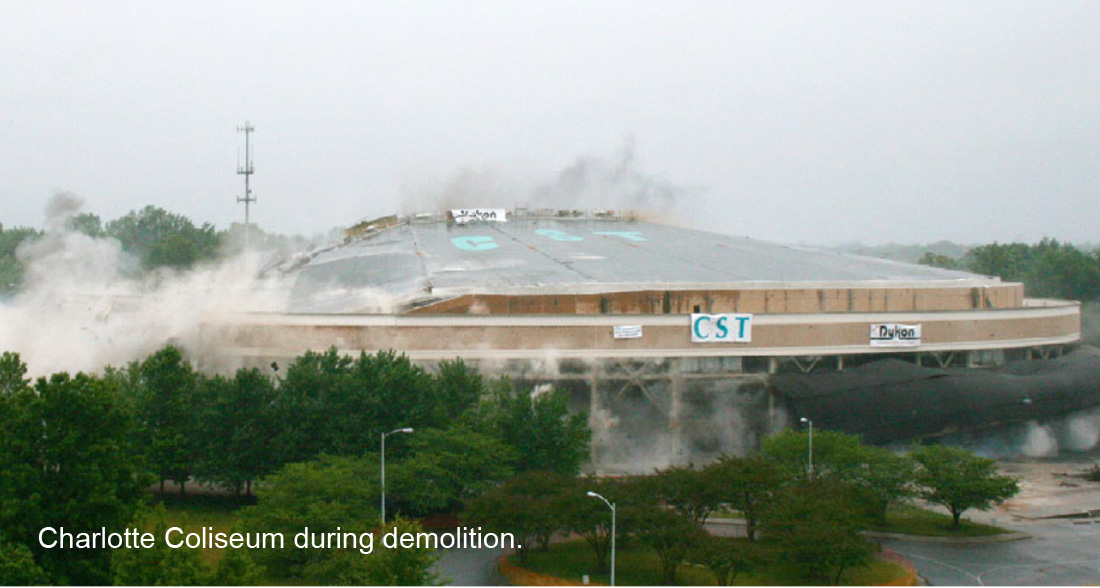 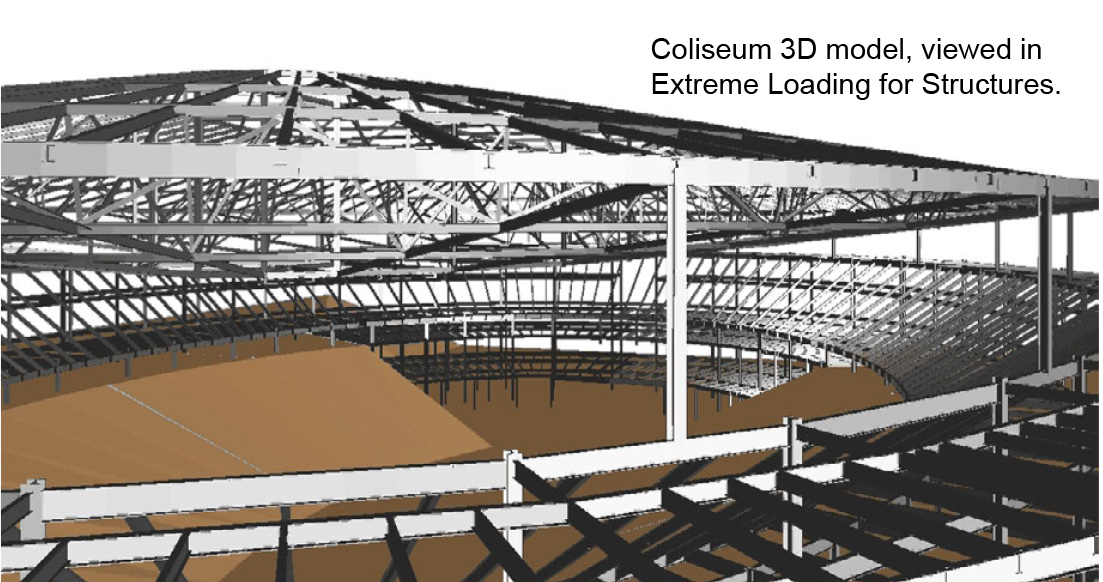 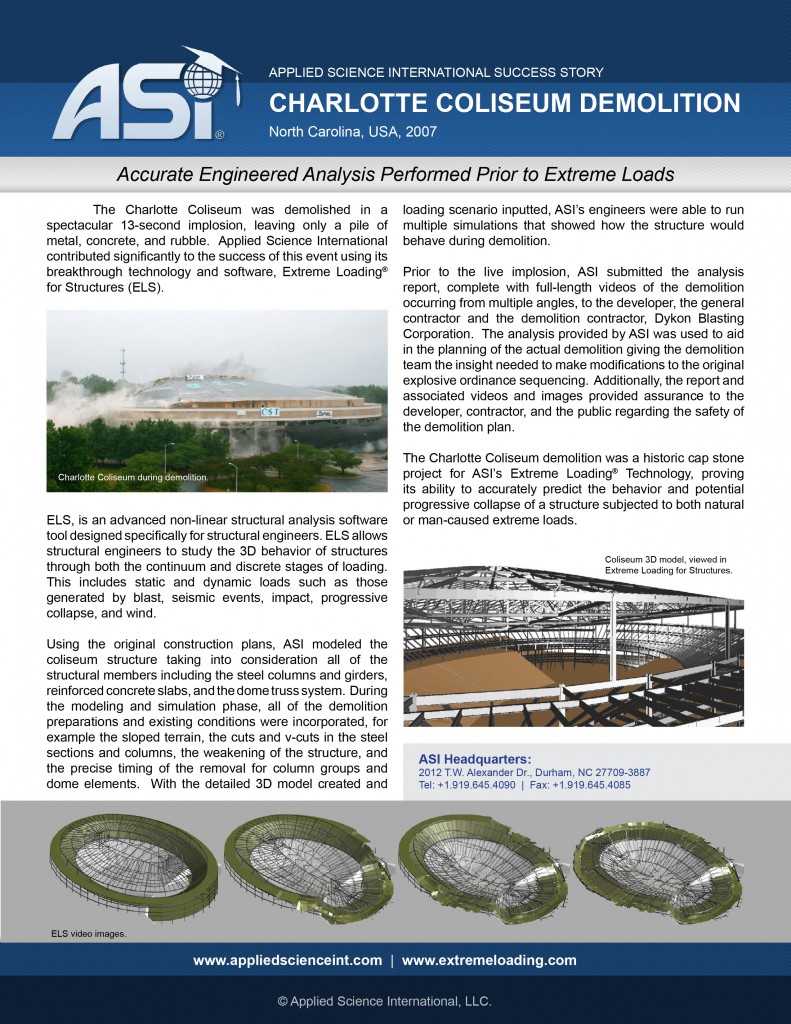 The Charlotte Coliseum demolition was a historic cap stone project for ASI’s Extreme Loading® Technology, proving its ability to accurately predict the behavior and potential progressive collapse of a structure subjected to both natural or man-caused extreme loads.

The historic Charlotte Coliseum (the world’s largest dome arena at the time of its construction in 1988) in Charlotte, North Carolina was demolished in a spectacular 13-secound implosion, leaving a pile of metal, concrete and rubble. ASI contributed significantly to the success of this event using its breakthrough Extreme Loading® Technology for structural analysis of the demolition plan.

ASI submitted a full engineering analysis and simulation predicting the outcome of the planned demolition to the developers, the general contractor, and the demolition contractor (Dykon Blasting Corp.) prior the actual demolition. This helped provide proof of our ability to accurately predict the progressive collapse of a structure prior to an actual implosion or other extreme loading event. The simulations run by ASI were used to plan the actual demolition, modify some details regarding the demolition sequence and provide assurance for developers, contractors, and the public regarding the safety and effectiveness of the demolition sequence.