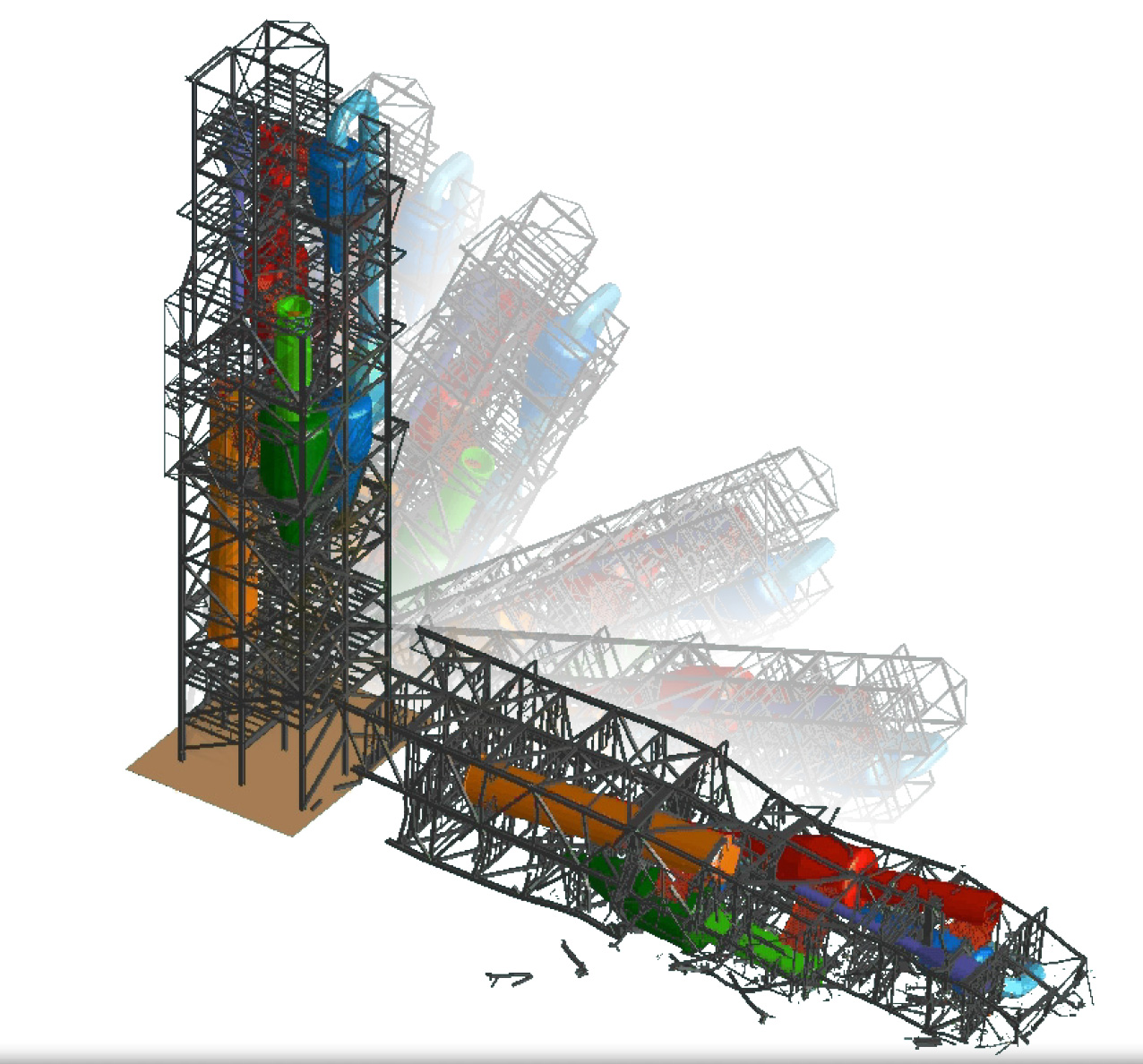 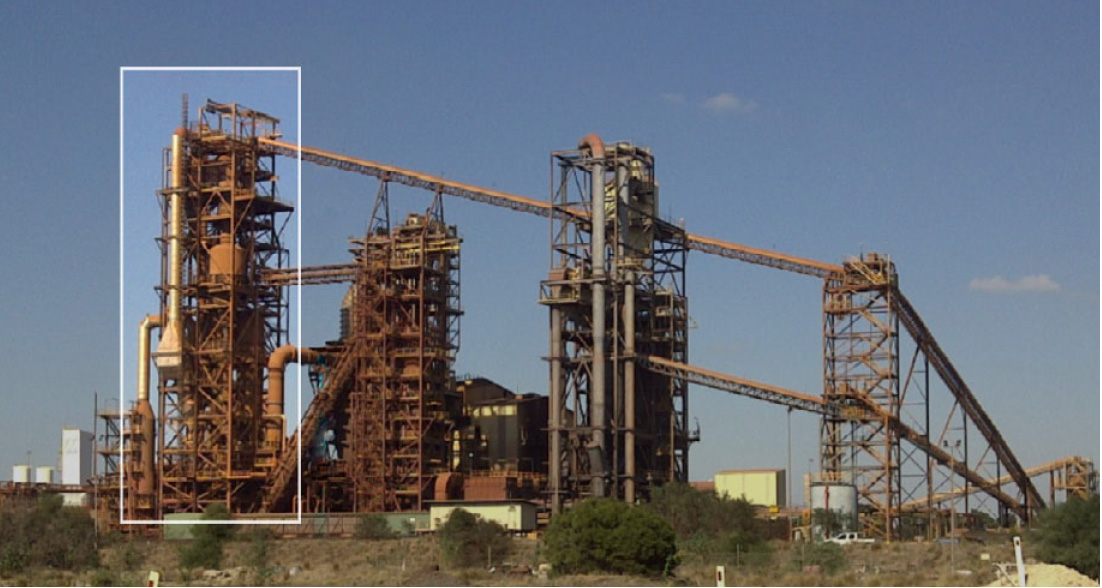 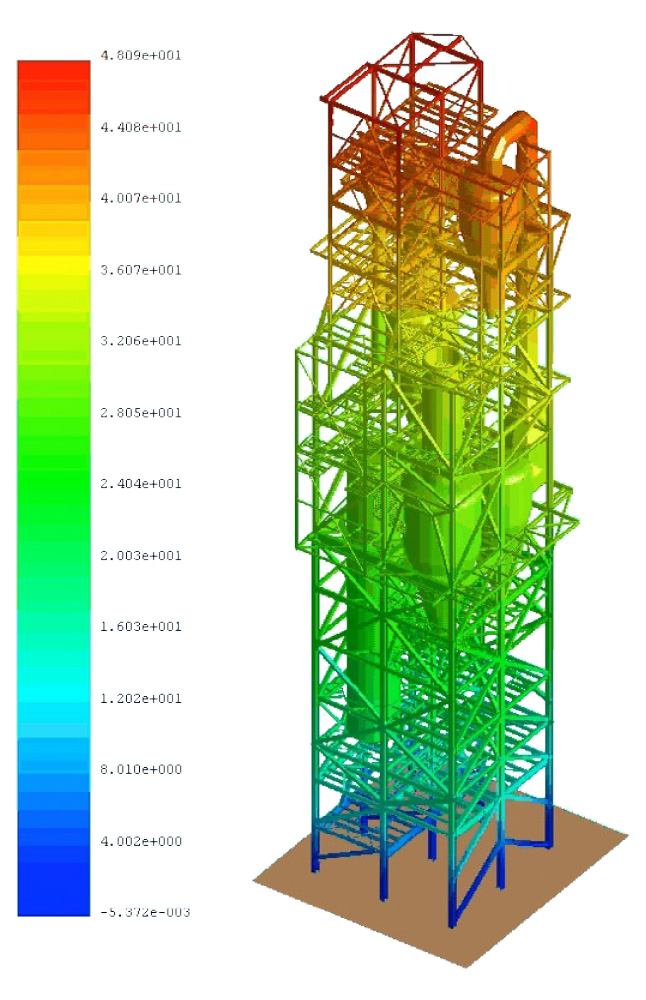 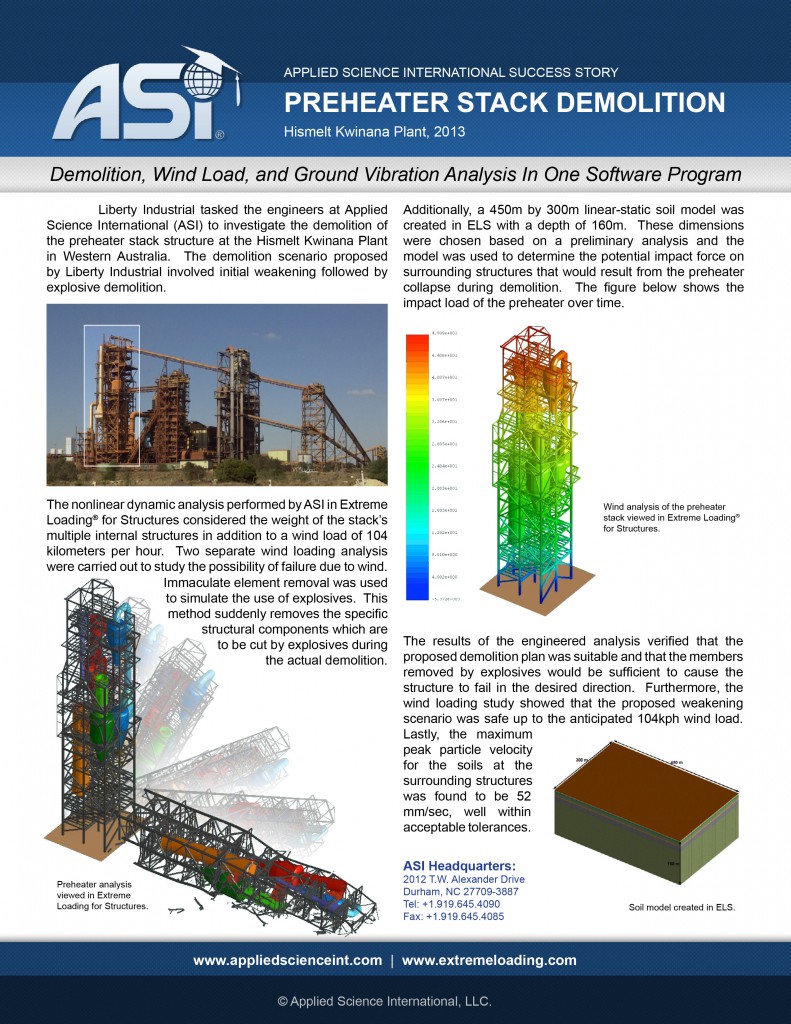 The nonlinear dynamic analysis performed by ASI in Extreme Loading® for Structures considered the weight of the stack’s multiple internal structures in addition to a wind load of 104 kilometers per hour. Two separate wind loading analysis were carried out to study the possibility of failure due to wind. Immaculate element removal was used to simulate the use of explosives. This method suddenly removes the specific structural components which are to be cut by explosives during the actual demolition.

Additionally, a 450m by 300m linear-static soil model was created in ELS with a depth of 160m. These dimensions were chosen based on a preliminary analysis and the model was used to determine the potential impact force on surrounding structures that would result from the preheater collapse during demolition. The figure below shows the impact load of the preheater over time.

The results of the engineered analysis verified that the proposed demolition plan was suitable and that the members removed by explosives would be sufficient to cause the structure to fail in the desired direction. Furthermore, the wind loading study showed that the proposed weakening scenario was safe up to the anticipated 104kph wind load. Lastly, the maximum peak particle velocity for the soils at the surrounding structures was found to be 52 mm/sec, well within acceptable tolerances.