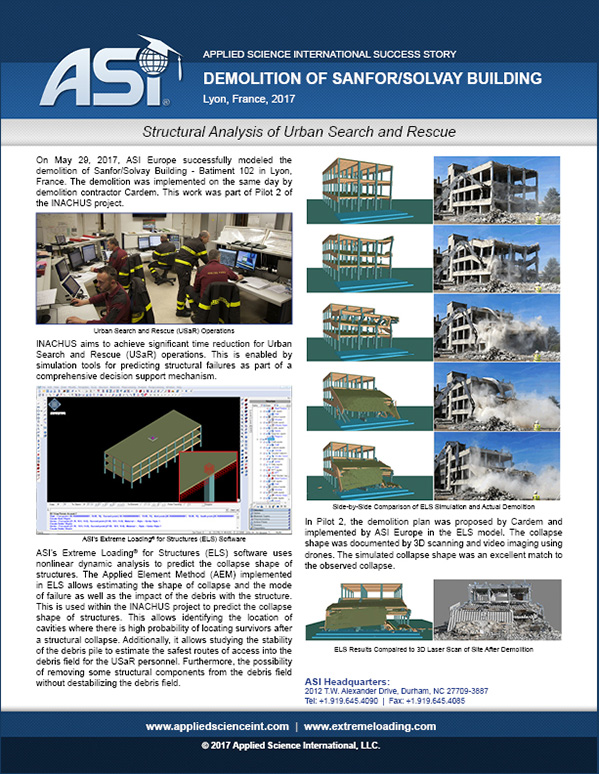 On May 29, 2017, ASI Europe successfully modeled the demolition of Sanfor/Solvay Building – Batiment 102 in Lyon, France. The demolition was implemented on the same day by demolition contractor Cardem. This work was part of Pilot 2 of the INACHUS project.

INACHUS aims to achieve significant time reduction for Urban Search and Rescue (USaR) operations. This is enabled by simulation tools for predicting structural failures as part of a comprehensive decision support mechanism. 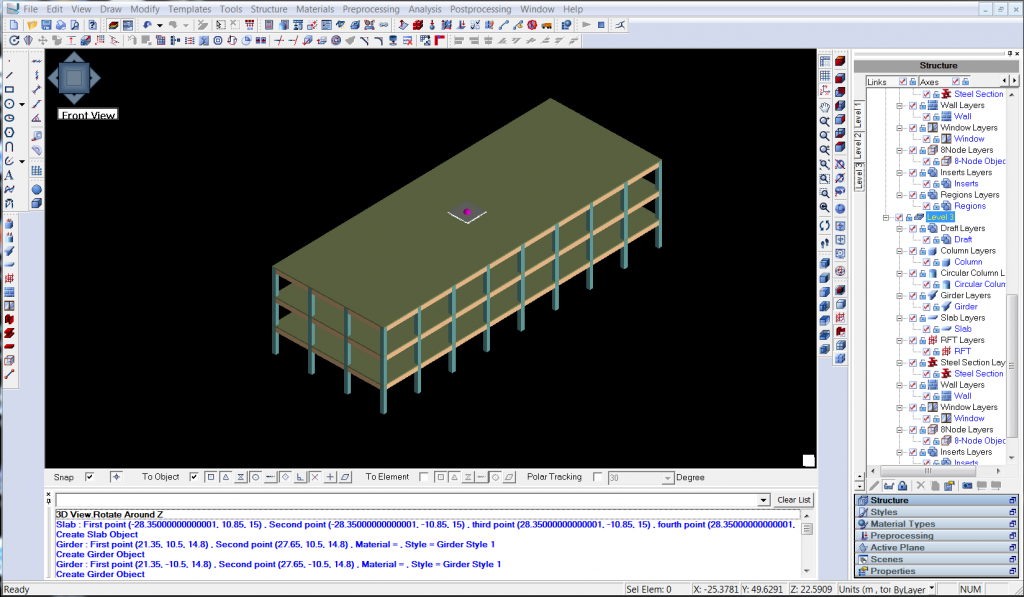 ASI’s Extreme Loading® for Structures (ELS) software uses nonlinear dynamic analysis to predict the collapse shape of structures. The Applied Element Method (AEM) implemented in ELS allows estimating the shape of collapse and the mode of failure as well as the impact of the debris with the structure. This is used within the INACHUS project to predict the collapse shape of structures. This allows identifying the location of cavities where there is high probability of locating survivors after a structural collapse. Additionally, it allows studying the stability of the debris pile to estimate the safest routes of access into the debris field for the USaR personnel. Furthermore, the possibility of removing some structural components from the debris field without destabilizing the debris field. 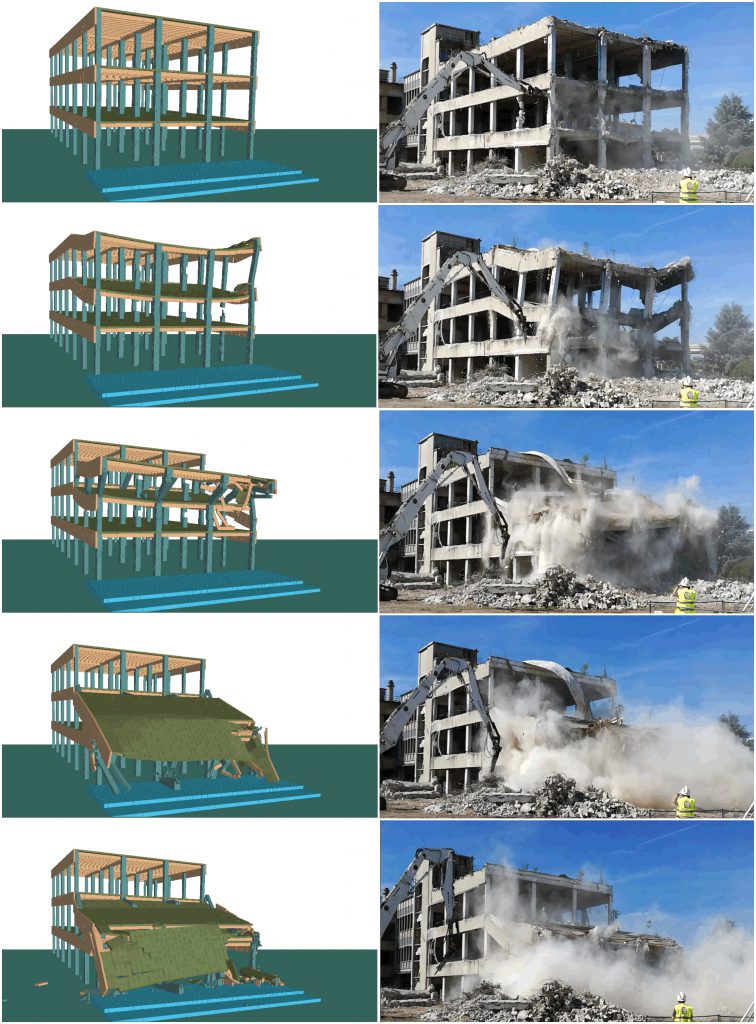