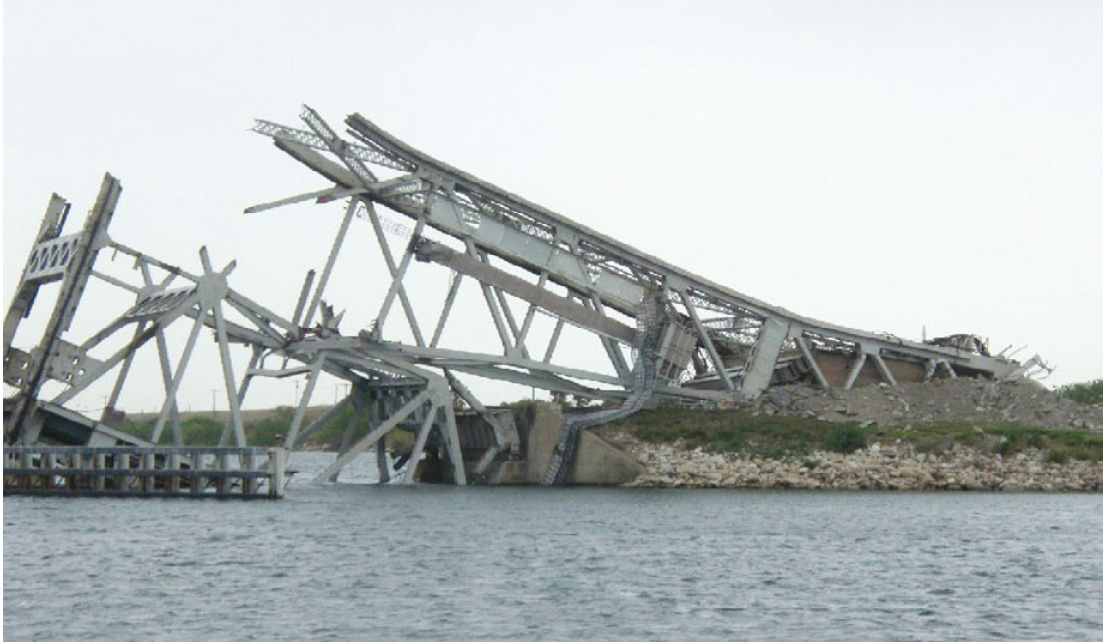 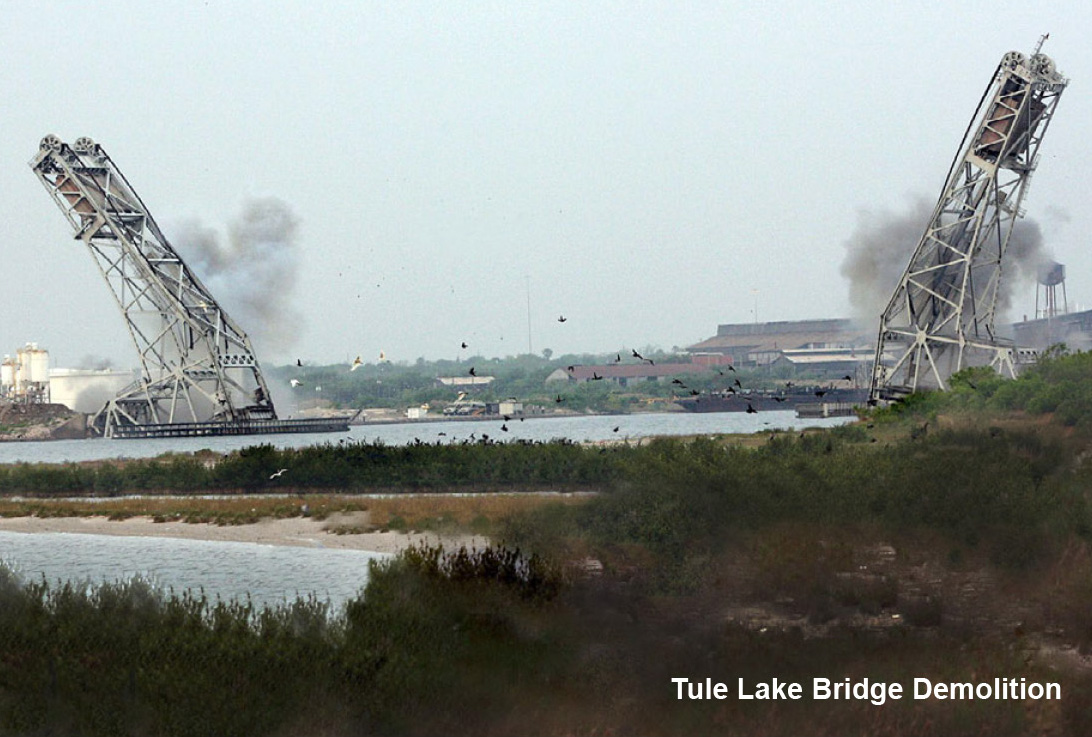 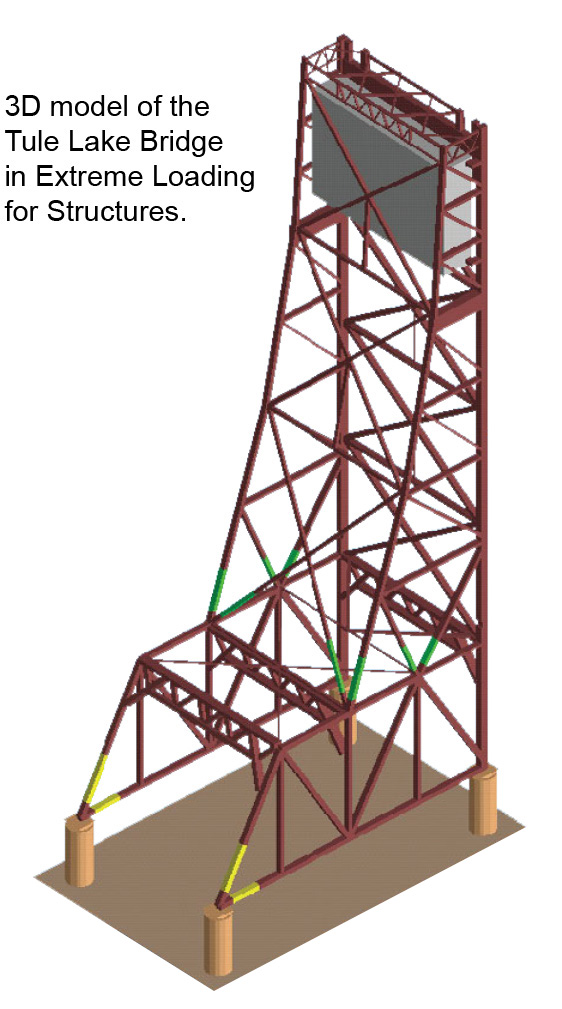 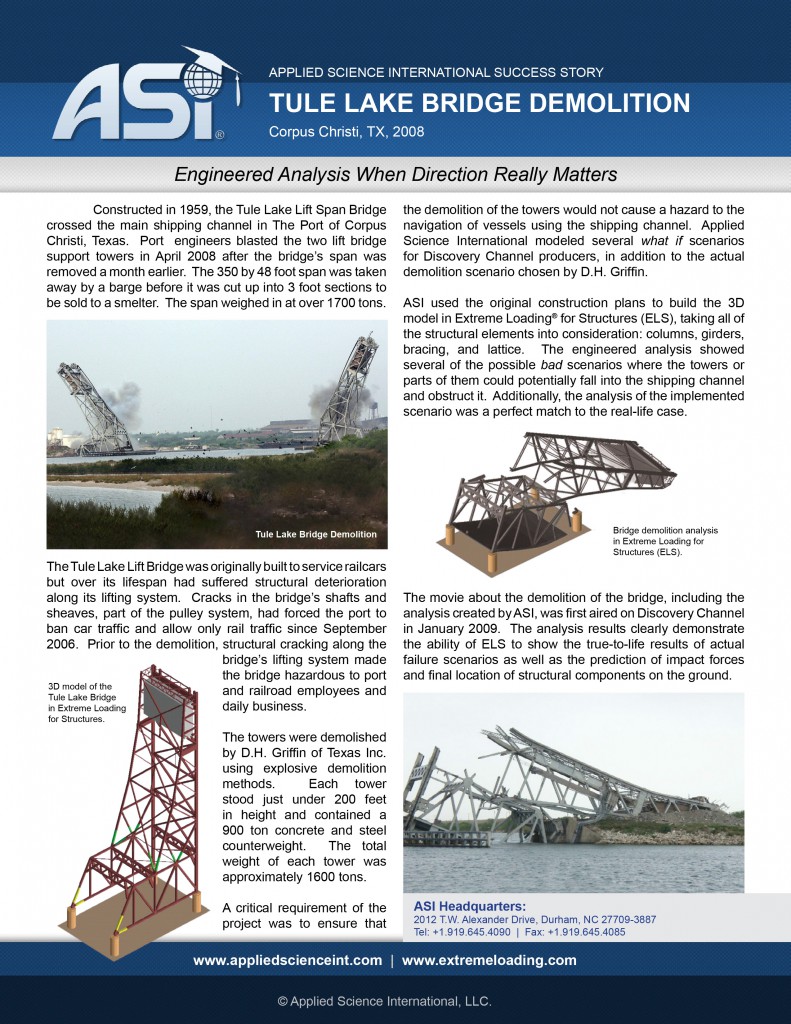 The Tule Lake Lift Bridge, constructed in 1959 to service railcars previously serviced by the Bascule Bridge, has suffered structural cracking along its lifting system. Cracks in the bridge’s shafts and sheaves, part of the pulley system, had forced the port to ban car traffc and allow only rail traffic since September 2006. Structural cracking along the bridge’s lifting system has doubled in the past year, making it a hazard not only to port and railroad employees, but also to daily business.

The towers were demolished by D.H. Griffin of Texas, Inc. using explosives demolition methods. Each tower stood just under 200 feet in height. Each tower contained a 900 ton concrete and steel counterweight. The total weight of each tower was approximately 1600 tons.

Discovery channel tasked ASI to prepare an ELS model for this demolition event. It was crucial to ensure that the demolition of the towers will not cause a hazard to the navigation in the shipping channel. ASI was required to model several what-if scenarios in addition to the actual
demolition scenario that was actually implemented.