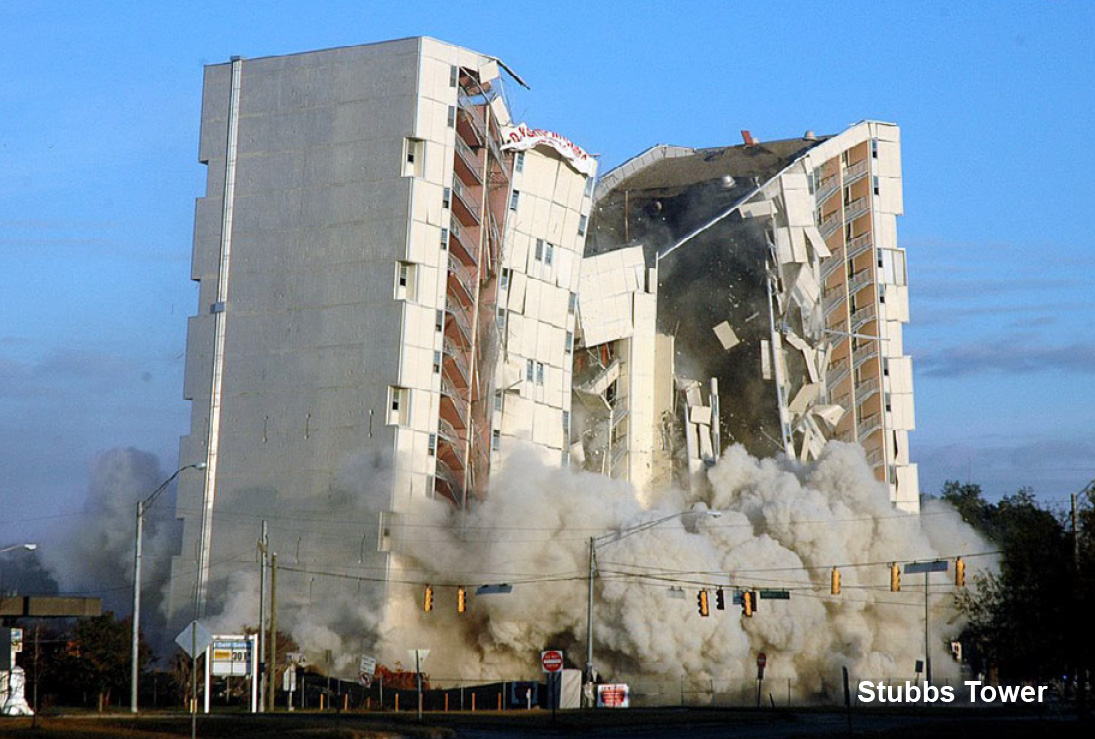 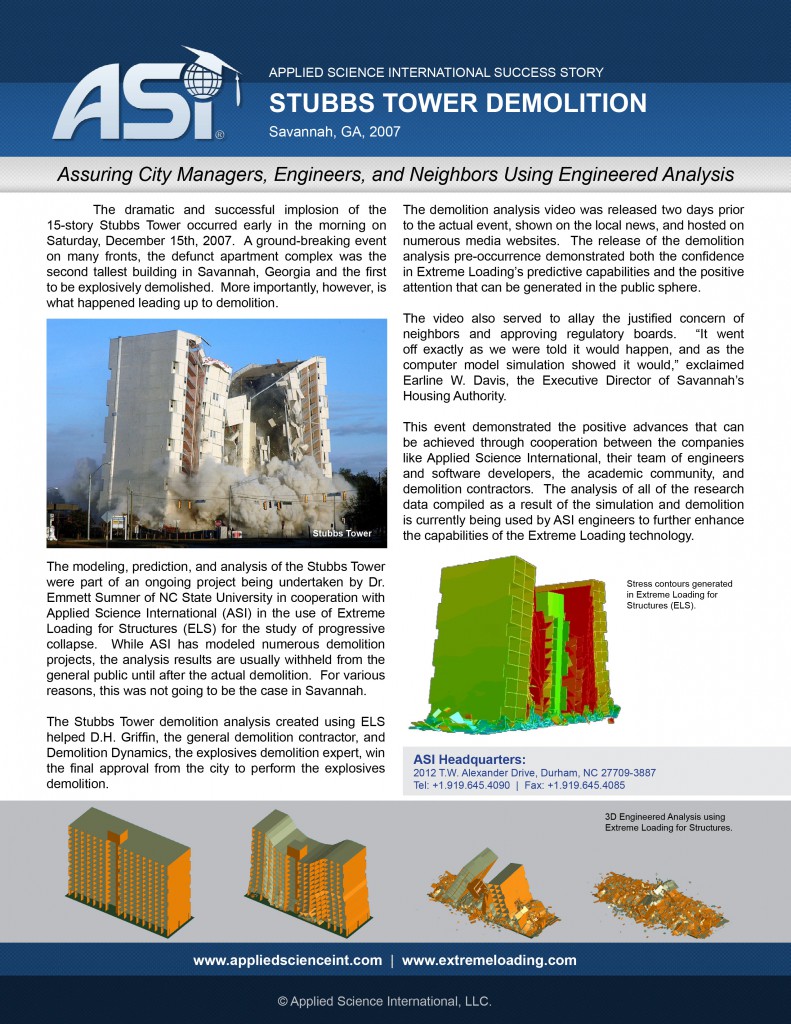 The dramatic and successful implosion of the 15-story Stubbs Tower occurred early in the morning of Saturday December 15, 2007. A ground-breaking event on many fronts, the defunct apartment complex was the second tallest building in Savannah, Georgia and the first to be explosively demolished. More importantly, however, is what happened leading up to demolition.